The United Waterfowlers – Florida, as an organization, was conceived in October of 2000.

The purposes/goals were and are:

To provide Florida waterfowlers with a unified voice.

To promote better relationships between waterfowlers and the Florida Fish & Wildlife Conservation Commission, Water Management Districts, US Fish & Wildlife Service, and the citizens of Florida.

To provide hunter input through a statewide communication network to the legal processes that determine land use of state and federally owned properties.

To promote waterfowl hunting by providing hunting opportunities for both youth and adults.

To promote conservation and enhancement of Florida’s natural resources.

To preserve the waterfowling heritage for future generations of Floridians.

The organization started to gain momentum through the use of the Forums on the Florida Waterfowler.Com web site. Months of telephone and online discussion passed, and more hunters added their support for both the need and the creation of an entity that could act as their voice throughout the State of Florida.

Those discussions culminated in an organizational meeting of interested hunters, held at Lake Jessup on February 3, 2001.This meeting provided both the consensus and the impetus that, yes, the organization was a GO! The mission statement that was already in draft form was reviewed, modified, and approved.

The consensus further agreed that the organization would work toward establishing good working relationships with the agencies affecting hunting. Adversarial encounters are to be avoided.

lt was also decided that the statewide organization should initially consist of a Board of Directors/Officers governing districts or regions that cover the same territories as the Florida Fish and Wildlife Commission. Each district would have at least one representative, a Regional Director to provide local communication links to and from the state organization. The organizational structure downward will consist of a representative for each county in each of the regions.

These links, for example, would alert the state level of impending processes that could impact waterfowl hunting, or of an event where volunteers might be needed. The state level will use the links to distribute information, or ask for support, such as a letter-writing campaign, or for a volunteer effort. The potentials are enormous.

As the organization grows, chapters are envisioned; first at the regional level and then at the county level.

Donate to UW-F by clicking the link above! Please Do Not submit Raffle payment to Paypal. 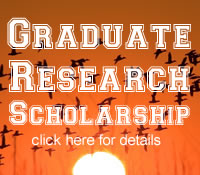